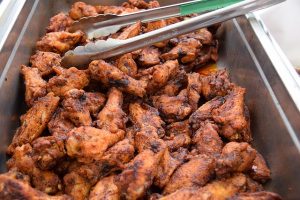 If you want a perfect example of an overreaching government, keep reading. Barbecue chefs in Kansas City have been participating in a charity food drive called Kookers Kare for the last five years. The cooks collect thousands of pounds of meat and sides and deliver it to the city’s homeless. That is, until this year when a city health inspector confiscated 700 pounds of the BBQ and threw it in the trash. And to ensure no one could come behind and retrieve it, the health inspector poured bleach all over the food. Why? The source of the food couldn’t be traced to see if the proper permits had been acquired.

So, thanks to our moral betters in government knowing what’s best for everybody else, nearly 3,000 people likely went without a hot meal.