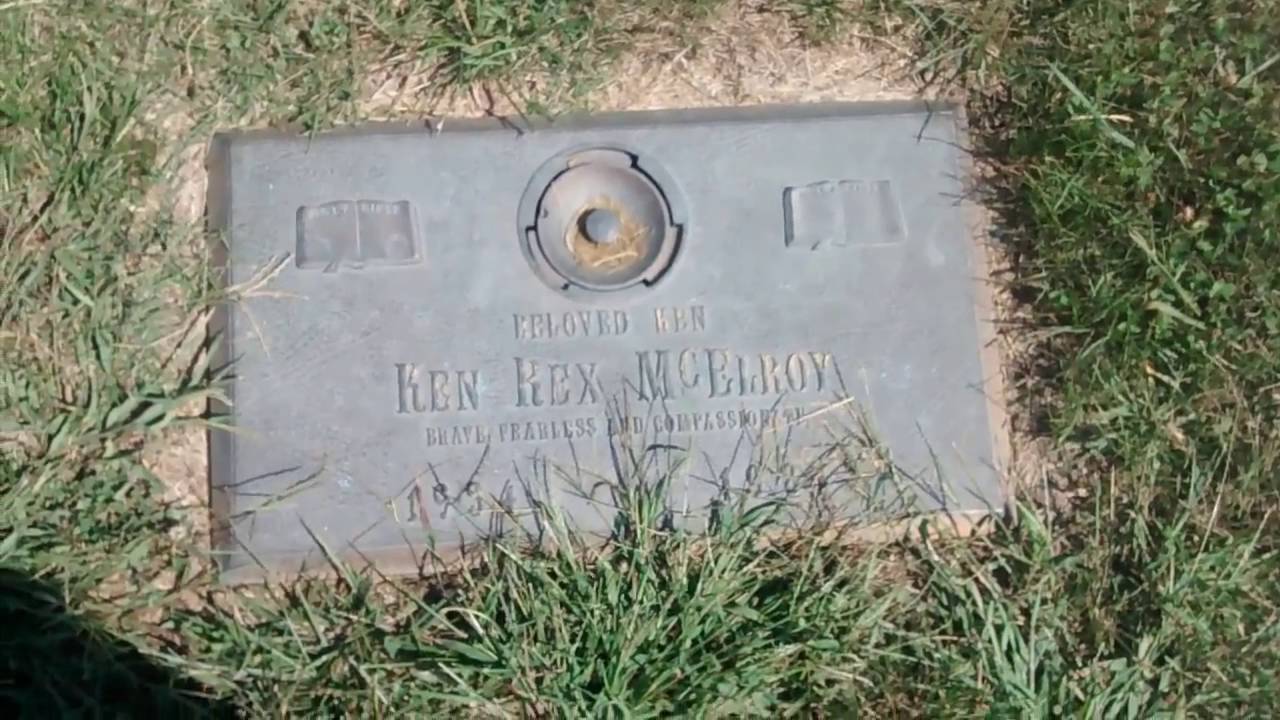 McElroy for years had terrorized the small town of Skidmore Missouri, and was considered the town bully. He had been charged with more than 20 felonies, robbing, raping, burning, shootings. He intimidated people by driving by at night and firing a shotgun blast, putting a rattlesnake in their mailbox, etc. July 10, 1981, his rein of terror came to an end. While parked in front of the D & G Tavern on Main Street, in broad daylight, with a crowd estimated at 45 people around his pickup truck, Ken McElroy was shot in the head with a high powered rifle, while his wife sat in the seat beside him. Three grand jury investigations and an FBI probe resulted in no indictments and no trial. The citizens of Skidmore Missouri apparently protecting the person or persons firing the shots. The incident received world wide press coverage, was the subject of a tv movie and a book. (bio by: Bill Walker)

Ken Rex McElroy (June 1, 1934 – July 10, 1981) was a resident of Skidmore, Nodaway County, Missouri. Known as “the town bully,”[1] his unsolved killing became the focus of international attention. Over the course of his life McElroy was accused of dozens of felonies, including assault, child molestation, statutory rape, arson, hog and cattle rustling, and burglary.

In all, he was indicted 21 times, but escaped conviction each time, except for the last In 1981, McElroy was convicted of shooting and seriously injuring the town’s 70-year-old grocer, Ernest “Bo” Bowenkamp, the previous year. McElroy successfully appealed the conviction and was released on bond, after which he engaged in an ongoing harassment campaign against Bowenkamp, the town’s Church of Christ minister, and others who were sympathetic to Bowenkamp. He appeared in a local bar, the D&G Tavern, armed with an M1 Garand rifle and bayonet, and later threatened to kill Bowenkamp.[1][3] The next day, McElroy was shot to death in broad daylight as he sat with his wife Trena in his pickup truck on Skidmore’s main street.[2] He was struck by bullets from at least two different firearms, in front of a crowd of people estimated as between 30 and 46.To date, no one has been charged in connection with McElroy’s death.