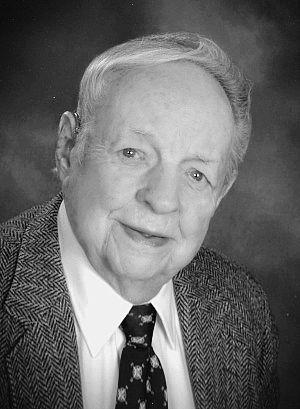 In 1942, he joined the Navy, and graduated from high school and reported to the US Navy as an apprentice seaman.

In 1943, Evan attended Midshipman School – Abbott Hall Northwestern University, graduated as a naval ensign, then was shipped overseas to New Guinea, then on to the Philippines.

In 1950, Evan graduated from University of Iowa with a bachelor of science degree.

He graduated from University of Iowa in 1955, with his medical degree.

Dr. Peterson structured the first Kindergarten classroom, in Wathena, in 1956.

In 1963, he joined the Missouri Air National Guard 139th, at Rosecrans.

In 1966, he graduated from Air Force Primary Course of Aerospace Medicine.

In 1980, he passed the American Board of Family Practice.

Dr. Peterson retired from the Missouri Air National Guard, 139th Rosecrans, in 1989, with Federal rank of Colonel and State of Missouri rank of Brigadier General. I

n 1989 to 1990, he served as president medical/dental staff at Heartland Regional Medical Center.

In 1994, in efforts to recruit physicians to the area, Dr. Peterson sold his practices to Heartland Regional Medical Center, now known as Mosaic Life Care as the first clinic.

Dr. Peterson’s passions were: serving his country, his community, his patients, grandchildren and great-grandchildren.

As a hobby he enjoyed fishing, gardening and watching the Kansas City Chiefs.

He was preceded in death by: his parents, Evan A. Peterson Sr. M.D. and Elizabeth (Walstrom) Peterson; his brother, Robert W. Peterson; and a sister, Elizabeth M. (Peterson) Bersch.

Friends may call after noon Wednesday, at the Harman-Rohde Funeral Home, in Wathena.

In lieu of flowers, donations may be made to: St. Joseph’s Catholic Church and the Wathena EMS, both of Wathena.