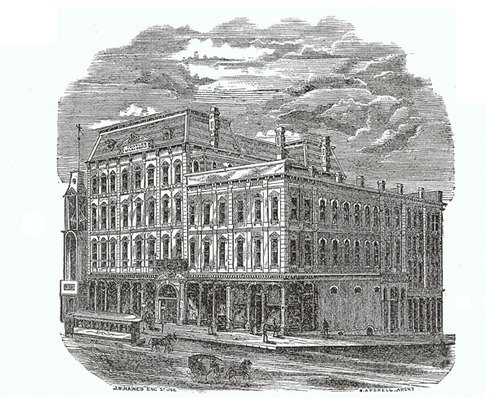 The Powell Project In the summer of 2010 I began researching a nineteenth century American architect named W. Angelo Powell. I am slowly (but surely) working on a book about Powell's life and career. These are some of my thoughts and observations about Powell, Edmond Jacques Eckel... Tootle’s Opera House, Part 1 A lithograph of [...]

In the summer of 2010 I began researching a nineteenth century American architect named W. Angelo Powell.
I am slowly (but surely) working on a book about Powell’s life and career.
These are some of my thoughts and observations about Powell, Edmond Jacques Eckel… A lithograph of Tootle’s Opera House published in Campbell’s Gazetteer of Missouri, 1874.

Milton Tootle was born in 1823 near Chillicothe, Ohio.  He moved to Savannah, Missouri, in 1842 and relocated to St. Joseph seven years later.

During the Gold Rush, Tootle became one of the city’s leading merchants—supplying emigrants bound for California. He went on to establish dry goods houses in St. Joseph, Omaha, Sioux City, and Council Bluffs. His fortune accumulated quickly.

In personal appearance, Tootle “was a gentleman of commanding and prepossessing presence.” He dressed immaculately and was rarely seen without his trademark a top hat, frock coat, pressed trousers, and kid gloves.

Tootle, in addition to being one of St. Joseph’s wealthiest and most fashionable citizens,  was also the city’s first patron of architecture. As one local newspaper reported, a number of the city’s “most imposing and costly business houses have been erected by his enterprise.”

Tootle had a grand vision for St. Joseph. Over a period of five years, he began purchasing a series of lots on the southeast corner of Fifth and Francis streets. After the final parcel was acquired, the forty-eight-year-old wholesaler set his plans in motion. In the fall of 1871, he began building a new temple of the arts—an opera house to rival those in Boston and New York.

Tootle was a hands-on client and one of his biographies stated, “His success in life was due to the care with which he superintended and directed the minutest details of his business and the constant and close attention he gave to everything connected with his numerous enterprises.” The opera house that bore his name was no exception. Tootle oversaw and often managed the day-to-day construction personally.

Meagher was a relative newcomer to St. Joseph and, up to that point, had only one major, local commission: the St. Joseph Cathedral. An architect incapable of executing his client’s vision never lasts long and Meagher’s lack of construction experience (superintendence) quickly proved problematic. Tootle eventually fired him and W. Angelo Powell received the commission.

Powell devoted “his time in the designing of the interior and exterior…in all its minute details, preparing full-size drawings for the finish of the various parts of the building. Work on the project took just over one year.

As the opera house neared completion, it sparked the curiosity of St. Joseph’s residents. Just days before the inaugural performance, one of the local newspapers reported:

The progress of workmen is hampered because scores of citizens are trying to get into the building to examine the beautiful structure. Admission must be denied to all. 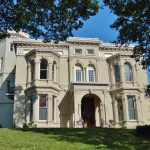 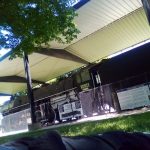 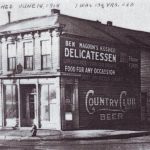 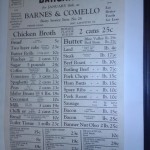 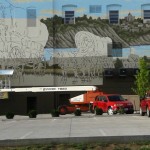 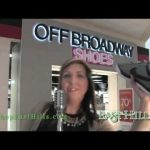 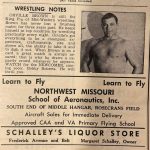 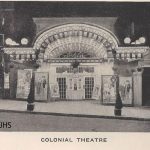